Fair Play values at the heart of ISF U15 World School Sport Games ! 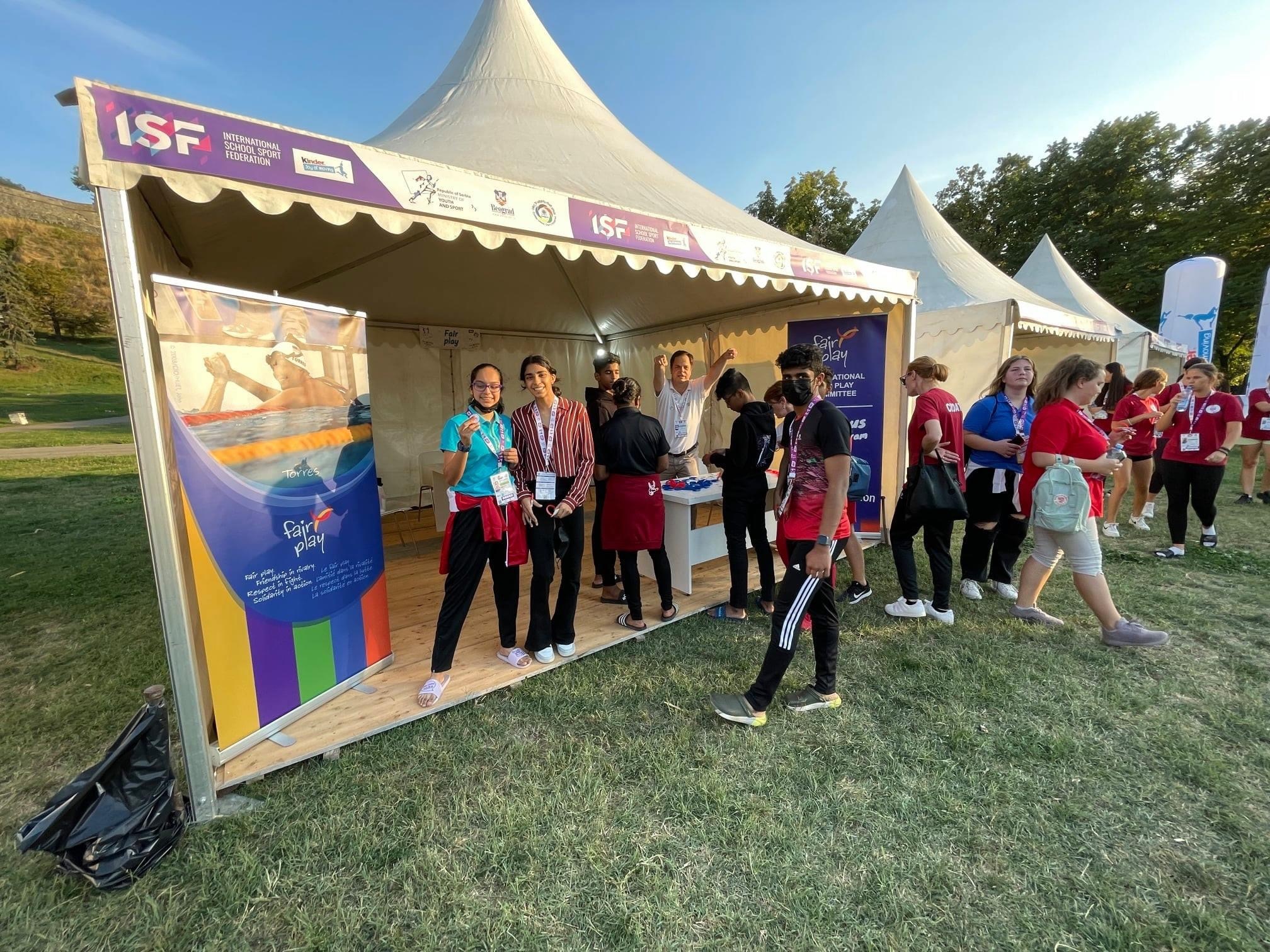 During the event we had the opportunity to interview Mr Gabor Deregan, Head of the Presidential Office at the International Fair Play Committee, to discuss about the importance of the Fair Play values and workshops promoted in the Fun and Skill Zone of the ISF U15 World School Sport Games.

ISF : In terms of Fair Play spirit and interactions , what are your impression about this 1st ISF U15 World School Sport Games 2021 in Belgrade – Serbia , as it was a first for the Fun and Skill zone ?

GD : The 1st ISF U15 World School Sport Games, Fun&Skill Zone is a forward-looking initiative. It provided an opportunity to compete a multisport event for an age group, who were perhaps facing a competition of this kind for the first time. It reflected the nature of the Olympic Games in a small way, competitors of several sports were together, participated on joint events, games and were partially co-located. Our appreciation for the creators of Fun&Skill Zone. The Zone was more than the highlight of the event. Children could play together, know each other’s culture and try different games and tools together. I cannot stand mentioning that children from those countries played together whose countries are in almost war with each other, but there was no antipathy or hating here, children just talked and laughed with each other. These examples should be shown for the whole world, as they are our future, as long as they are not spoiled. There were million examples like this in the Fun&Skill Zone, it was really touching seeing them.

ISF : What is the benefits of Mega multi-sports events like this one for spreading the Fair Play values and programmes ?

GD : The idea of Fair Play should be promoted on all channels, as this is an idea that children, competitors should be face with, preferably at as young an age as possible. It is important, that they hear about it, they are first familiar with this idea in general. The participation on the ISF U15 World School Sport Games was also important for the International Fair Play Committee, so that children could have the possibility to meet the ideas and to talk about Fair Play with professionals.

ISF : How important it is to address younger generations about for Fair-Play and raising awareness about Fair Play in Schools ?

GD : We already have programs in some countries, when we visit schools, academies and keep lessons about Fair Play. These presentations are not boring speeches, but entertaining, colorful presentations, we show real examples with videos and play games with the children. We are working on that to make these programs as widely available as possible. We look forward to working with ISF to bring these programs to new countries and new regions.

ISF : What is the message you would like to convey to the young athletes regarding the sport competition and the importance of for play values in the society ?

GD : As our slogan says, Fair Play is more than victory. In other words, winning at all costs is not the most important thing. This is true in sport activities and also in our real, everyday lives.  The world today is full of bad examples, which the media immediately play up. We want to show that there is a counter-side, that with more positive attitude we can achieve more and go further. Unfortunately life-situation, but Covid has brought a good examples, as news and videos were running through all over the world showing that people help those living under worse conditions, shopping for elderly, volunteering to help each other.

ISF : What is for the CIFP, the next further steps you we should develop with the ISF ?

GD : The ISF is managing and coordinating school sport worldwide in an excellent way. In Belgrade we also saw that child athletes arrived from all over the world to participate. CIFP and ISF have common goals, to educate children to be better adults. The even closer cooperation between the two organizations is very important for the athletes of the future, but even more important that most of the athletes competing under ISF will be not become top-athletes, but will remain in recreational sport, where the spirit of Fair Play is equally important. Not to mention the fact that they will be in a competitive situation in their studies and later on their workplace, that means that they will have to be fair players in other areas, too. This is why we are grateful to the ISF for the honor of inviting us to Belgrade, and we thank them for this invitation.