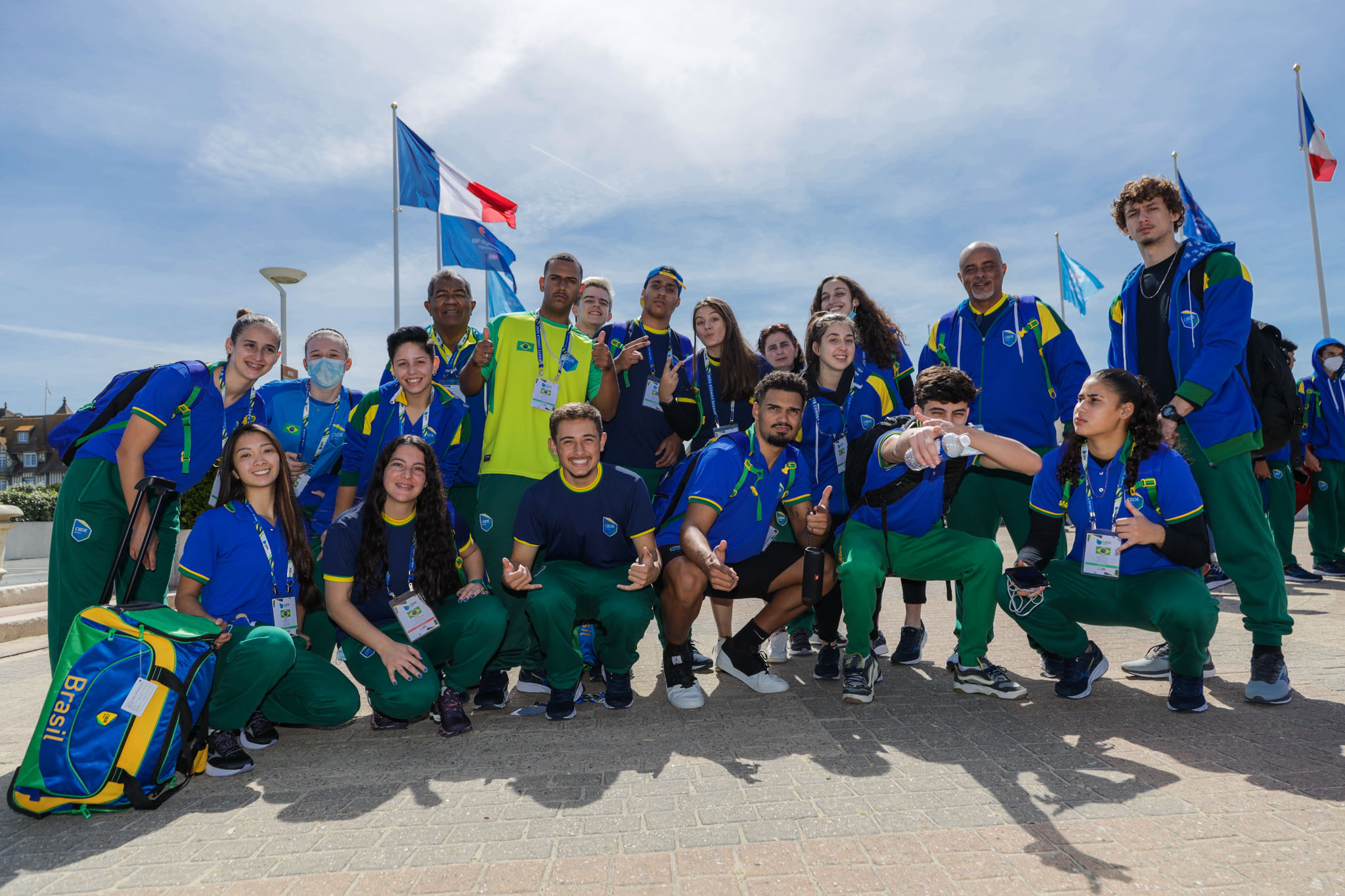 Brazil, one of the most active nations in school sports, arrived in Deauville with one of the largest delegation ever to the2022 edition of the ISF Gymnasiade 2022 in Normandy, France.

The Confederação Brasileira de Desporto Escolar (CBDE) has always been one of the most active members of the ISF.

As hosts for the 2023 ISF U15 World School Sport Games, Brazil is dedicated to school sport and committed to supporting student athletes at the highest level.

Welcoming the ISF official delegation led by ISF president Laurent Petrynka to Rio de Janeiro in October/November 2021, Antonio Hora Filho, president of the CBDE, assured the ISF that they have learned much from the organisation of the inaugural edition in Belgrade, Serbia, and will be ready to put on the best games possible in 2023.

“We feel honoured. Brazil will unite all the conditions to deliver the best edition of the games possible. We’ve learned a lot from the inaugural games in Belgrade this past September. We want to see young athletes from all over the world in Brazil 2023,” Filho added.

Over 3,000 school student athletes are expected to come to Brazil for the 2023 U15 World School Sport Games.