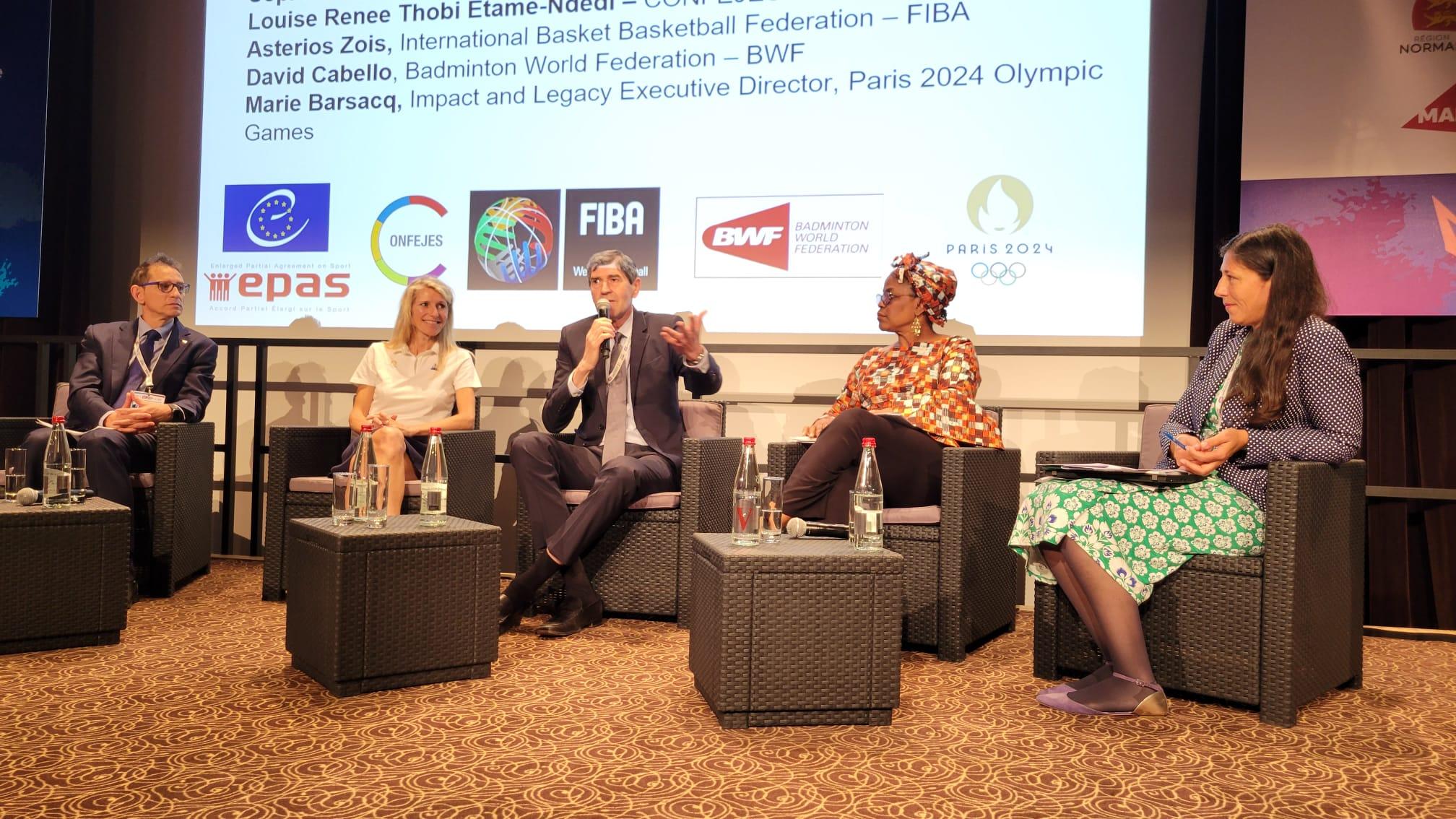 At the International School Sport Federation (ISF) School Sport Forum on Wednesday (May 18) at the CID Lexington room in Deauville, France, one matter that was highlighted as a major obstacle to school sport as a strategic activity for young people is the divergent silos of school sport administration in many countries.

This edition of the ISF Forum was focused on the themes: ‘Importance of the School Sport / Healthy lifestyle and Development’, with representatives of school sport organisations and public authorities, intergovernmental organisations, sport federations and ISF partners.

After an hour-long interactive session with the youth participants on sustainable development, the final panel session of the day featured Patrick Vajda, President IFSO, AFCAM (Room Point de Vue) and Benjamin Gremion, International Ice Hockey Referee for a discussion on NO Ref NO Sport! Officials as Role Models.

According to the panelists on School Sport a strategic activity, the lack of communication between the ministries of sport and education in most nations leads to a lack of coherent strategy and planning for school sport development.

Contributing during the Q/A session, Beijing 2008 Olympic Silver medalist in men’s Long Jump and now member of SASCOC School Sport and Athlete Commission, Khotso Mokoena said: “Teachers should be given a chance to attend sports coaching clinics to prepare themselves to coach children at school.”

Louise Renee Thobi Etame-Ndedi, the Secretary General of CONFEJES – A 43-nation Francophone Africa youth and sport development community – spoke about ‘The Declaration of Cotonou’ which invites the national decision makers to strengthen their physical education policies, and to harmonise their curriculum across the region.

Valerie Lebondo, Chair of the ISF Gender Equality Committee said the “Promotion and support of girls in all areas of the society starts at the school level at the young age”. Strategic visions and recommendations of the ISF regarding Gender Equality in School Sport were also presented.

The Development Director of World Wrestling, Deqa Niamkey presented the project “Say something if you see something” which encouraged athletes and coaches to tackle abuse and harassment in the sport, and to speak up about it for the good of the sport community and the society in general.

The School Sport Forum is fast becoming a regular fixture of the ISF Gymnasiade programme after it was also held at the ISF World School Championships in Belgrade, Serbia last year.